It is fair to say that globalisation has forced and inspired historians to search for spatial alternatives in making sense of the past, to pay more attention to supranational and transregional connections and networks. These searches have given rise to a number of approaches that, under various names such as transnational history, connected history, entangled history or global history, share the same desire to move beyond conventional geopolitical articulations and discrete civilisations, to take structured integration of the world as its primary context, to turn the concept of space again into a significant theoretical category in historical research.

The 12th Annual Conference of the International Society for Cultural History invites cultural historians all over the world to think about the interconnected world as the point of departure for cultural-historical research, and to discuss the circulations and interactions of things, peoples, ideas, and institutions across cultural and geographical zones. We invite to consider global history as a new form of cultural-historical analysis in which systems of representation and meaning making practices are placed in global contexts. We invite to focus on mobility and exchange, on hybridity and entanglement, on various cultural-historical processes that transcend borders and boundaries. 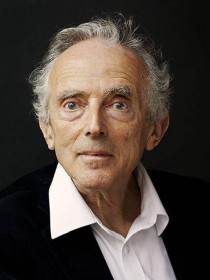 Globalising the Renaissance: the Role of the Jesuits

Peter Burke is a Life Fellow and Emeritus Professor of Cultural History at Emmanuel College, University of Cambridge, UK.

Professor Burke has published extensively on the cultural and social history of Europe. His research interests include the history of the Renaissance, the history of historical thought and writing, and the social history of language and knowledge. He has also explored the relation between history and neighbouring disciplines, including anthropology, sociology, geography, and psychology. Professor Burke has published more than 30 books, including The Italian Renaissance (1972), Popular Culture in Early Modern Europe (1978), The Fabrication of Louis XIV (1992), The Art of Conversation (1993), A Social History of Knowledge (2000), Eyewitnessing (2000), What is Cultural History? (2004), Languages and Communities in Early Modern Europe (2004), and Exiles and Expatriates in the History of Knowledge, 1500–2000 (2017). His work has been translated into more than 30 languages. 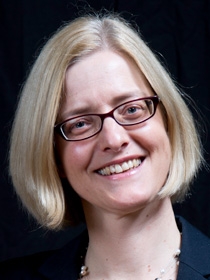 Merchant Crossings in Late Imperial China: a Micro-global Approach to the Porcelain Trade

Anne Gerritsen is Professor in the Department of History at the University of Warwick. Between 2013 and 2018, she held the Kikkoman Chair in the study of Asia-Europe Exchange, with special attention to art, material culture and human dynamics at Leiden University.

Professor Gerritsen’s research has focused on (Asian) material culture within (global) history, food and food cultures in the exchange between Asia and Europe, theory and methods of history, and gender. Her recent interest is in the global exchange of foods and medicines, including soya sauce. She has authored Ji’an Literati and the Local in Song-Yuan-Ming China (2007) and edited a number of books, including Writing Material Culture History (2015, with Giorgio Riello), The Global Lives of Things: The Material Culture of Connections in the First Global Age (2016, with Giorgio Riello), Micro-Spatial Histories of Global Labour (2017, with Christian de Vito), and Global Gifts: The Material Culture of Diplomacy in Early Modern Eurasia (2017, with Giorgio Riello and Zoltan Biedermann). 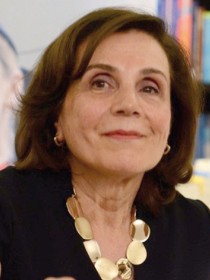 Globalising the Enlightenment: the Example of Brazil

Maria Lúcia Garcia Pallares-Burke is a Research Associate in the Centre of Latin American Studies, University of Cambridge. She was formerly Professor at the University of São Paulo.

She has worked on the cultural history of the European Enlightenment and its reception in Latin America, emphasizing a comparative approach to the circulation and reception of ideas. She also published two books about the Brazilian polymath and anglophile Gilberto Freyre, who is said to have discovered Brazil for the Brazilians in the 1930s: a study of his early years (2005) and, with Peter Burke, an intellectual portrait concerned with his whole lifetime, Gilberto Freyre: Social Theory in the Tropics (2008). Her most recent book, O Triunfo do Fracasso (2012), is about the German friend of Freyre at Columbia University, Rüdiger Bilden, and his battle for the dissemination of the idea of Brazil as a “laboratory of civilization” and for the improvement of race relations in the USA. 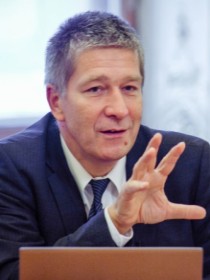 Matthias Middell is Professor of Global History and Director of the Global and European Studies Institute at the University of Leipzig, Germany.

Professor Middell’s research focuses on global history and its methodology, the history of cultural transfers, the history of historiography and universities. He has written extensively on the global implications of the French revolution, the history of East Central Europe since the eighteenth century, and on the transformations of the field of global history since the late nineteenth century. He has recently edited The Routledge Handbook of Transregional Studies (2018), The Routledge Companion to the French Revolution in World History (2015, with Alan Forrest) and Transnational Challenges to National History Writing (2013, with Lluís Roura i Aulinas). He is also the editor of Comparativ – A Journal of Global History and Comparative Studies. 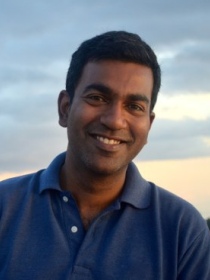 Making the Globe: A Cultural History of Science from the Bay of Bengal

Dr. Sivasundaram’s research interests are in the cultural history of the late eighteenth and early nineteenth centuries in the Indian and Pacific oceans. He is especially interested in knowledge about the environment, science, technology, medicine and religion. He has authored Nature and the Godly Empire: Science and Evangelical Mission in the Pacific, 1795–1850 (2005) and Islanded: Britain, Sri Lanka and the Bounds of an Indian Ocean Colony (2013), and edited Oceanic Histories (2017, with David Armitage and Alison Bashford). He is currently working on a book on the rise of the British Empire and the age of revolutions in the Indian and Pacific oceans. He is also a co-editor of The Historical Journal.

The growing interest in global and transnational histories has raised the question of an adequate scale which can no longer be answered in a simplistic way by choosing one spatial frame only as the point of departure for investigation. In contrast, recent research inspired by the so called spatial turn suggests to take an actor-centered perspective and to ask how the historical actors themselves have formatted and still format the space relevant to them. As a result, spatial orders are composed of various spatial formats interacting, complementing each other and competing. Such an approach overcomes the oppositions between local and global, between national and global, and avoids to see all-encompassing trends where only a few world-regions are involved. We therefore introduce the term transregional in order to put emphasis on the border-transcending character of a lot of these activities while avoiding to exaggerate its "global" character.

The talk will then discuss with a series of examples the relationship between transregional and transcultural connections and how all this may fit into a new historiography of the cultural.

My lecture begins with a small temple, entitled Longevity Temple (Wanshougong), located on the shore of Lake Poyang in Jiangxi province. To understand the significance of this otherwise insignificant temple, we have to ‘read’ it in several registers; we have to draw on the methods of local as well as global history; we have to combine a micro-historical analysis with a spatial approach. I would not be the first to say that a building can mean many things to different people, but I would like to use my discussion of this building to make an argument about the importance of shared meanings. I will propose that this small temple, and the wider network of Longevity Temples in this very unstable region that the temple formed part of, that served to provide the mobile (and usually invisible) porcelain merchants with a sense of security and stability. And if it is merchants who deliver the global connections of late imperial China, then it is these buildings, that seem to only mean something in the immediately local context, that make those global connections possible.

Sujit Sivasundaram
Making the globe: A cultural history of science from the Bay of Bengal

This lecture is a cultural history of science which charts a critical moment in the creation of the idea of the globe. It begins not in Europe but in the waters of the Bay of Bengal and in a period which was important for the consolidation of a series of new scientific disciplines connected to travel and cultural encounter, the late eighteenth and early nineteenth centuries. From the Madras Observatory, it tracks attempts to deal with the monsoon, fix location and tabulate the exact sphericity of the Earth. It argues that empire itself came to be in the midst of this data collecting and within exercises of modelling the Earth as globe. In particular, the East India Company’s Straits Settlements – Singapore, Malacca and Penang – expanded as strategic bases of trade on the sea route between India and China. The making of these settlements saw empire move from sea to land, and from knowledge of the sea to urban planning and lighthouse-building. Yet the arrival of new machines and regimes of free trade governance – steam-ships, surveying instruments and the mobilisation of labour – reforged the relation between the body, knowledge and terrain, allowing the British to rule supreme while generating intriguing cultural responses and forms of resistance on the part of the colonised to this dangerous assembly of globe, empire and scientific selfhood. Extrapolating outwards then, this is an experiment in thinking through scale, globality and intimacy in the cultural history of knowledge.

The Enlightenment used to be considered as a French event (or movement), then as a European one, but it is now viewed from a global perspective as well. Outside Europe, the main theatre of Enlightenment was America (unsurprisingly, since local elites spoke European languages). In Brazil, for instance, some members of the educated class were familiar with the ideas of Voltaire and Rousseau and a few, like Joaquim José da Silva Xavier (known as ‘Tiradentes’) inspired by them. Others admired English writers such as Addison. This lecture focusses on the way in which Enlightenment ideas were taken up and adapted to the needs of Brazilian society by two early 19th-century writers, the feminist and translator Nísia Floresta and the moralist and journalist Frei Miguel do Sacramento Lopes Gama.

Peter Burke
Globalising the Renaissance: the Role of the Jesuits

Studies of the Renaissance have recently taken a global turn, with scholars asking about the impact of the movement outside Europe and the contribution of other parts of the world to European art, literature and thought at that time. An important role in this global Renaissance was played by the Jesuits, an order famous (or notorious) for its policy of adaptation (‘accommodation’) to the different cultures in which its missionaries worked. On one side, from China to Peru, they introduced Renaissance humanism and art, and on the other, they made Europeans more aware of the history, geography, languages and customs of the wider world.